Samuel Swett Green of Worcester served as a Commissioner from 1890 until 1909. He worked at the Worcester Free Public Library from its creation in 1867, first as director and later as a librarian from 1871 until 1909. Mr. Green was a library innovator and is referred to as the father of modern research librarians. He was a founding member of the group that became the American Library Association and served as the organization's president. The Samuel Swett Green Award honors a Massachusetts librarian who develops innovative library services and programs to meet the evolving needs of the community and residents.

Amy E. Ryan is a founding board member and current board chair of the national Digital Public Library of America and an advisor in residence to the dean of the Simmons College School of Library and Information Science. From 2008 to 2015, she was president of the Boston Public Library.

Ms. Ryan helped bring the Boston Public Library into the 21st century, envisioning and articulating what the future of libraries may look like throughout the country. Under her leadership, BPL became the Library for the Commonwealth, the renovation of the Johnson building began to make the building more welcoming and user-friendly, and branch library services were expanded throughout the city, including the construction of the brand new East Boston branch. During Ms. Ryan's tenure, the Digital Commonwealth reached its potential of opening access to archived materials not just to Massachusetts residents but to the entire world.

In his book Bibliotech, author and scholar John Palfrey states, "It would have been impossible for any one city or town to bring these digital materials to life; a collaborative effort, led by BPL and its partners, has created a new library model for the nation, one that combines the physical with the virtual." He goes on to add, "The path forward for libraries and librarians is not mysterious. Visionary leaders like Amy Ryan and her team at the Boston Public Library are charting the way forward."

Because of her vision and continued commitment to the advancement of libraries in the digital age, we are very pleased to present Amy Ryan with the 2015 Samuel Swett Green Award. 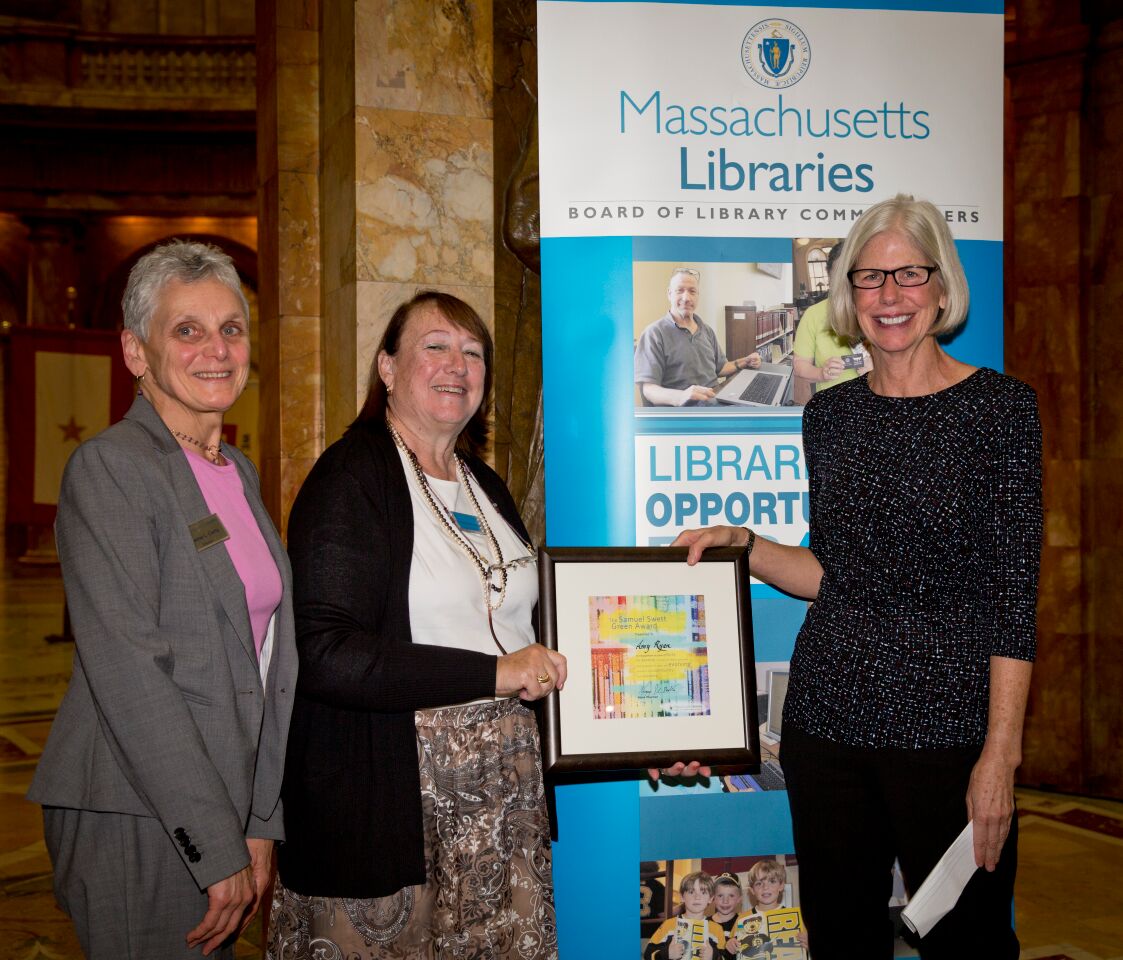