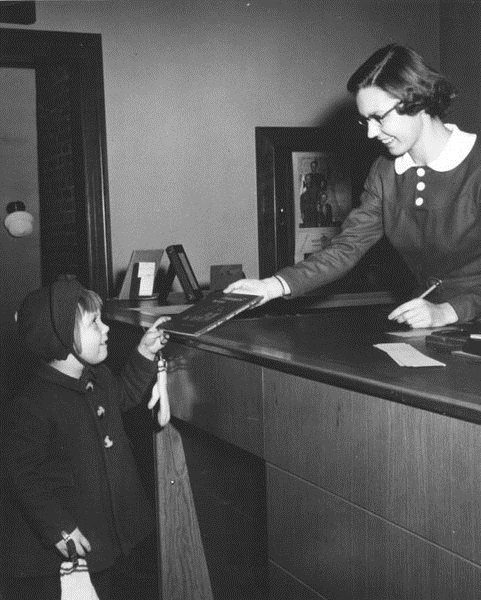 A young library patron checks out a book in Swampscott, Massachusetts.1


In 1952: The New York State Library, in cooperation with 40 of the 48 state library extension agencies, conducted a survey of the nation's public libraries. The results of that survey were announced in the New York Times of June 15, 1953 in an article written by Benjamin Fine which appeared strategically placed under President Eisenhower's denunciation of "book burners."

TODAY: The average per capita expenditure for Massachusetts public libraries in 2014 was $45.25.4