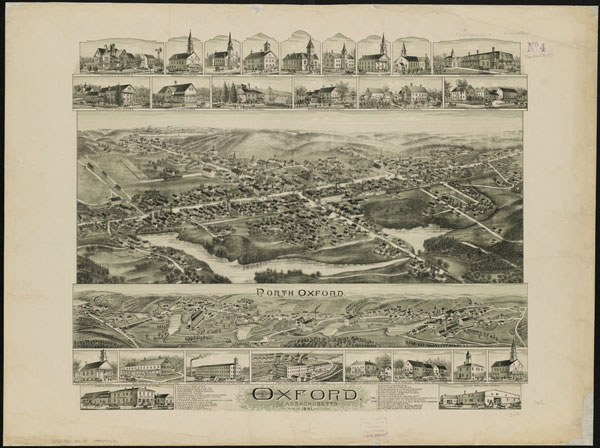 A map of Oxford, MA from 1891.
(Image from Digital Commonwealth collections)


After only one year in existence, 36 new libraries were founded in the Commonwealth of Massachusetts based on the guidelines set in chapter 347 of the Acts of 1890. Because of the success of what was then known as the "Free Public Library Commission," the New Hampshire state legislature set up a similar commission in 1891 in order to achieve the same goals.1

In addition to New Hampshire, the Commission received inquiries from "each of the New England States and New York; while requests for its first report and other information about its work have been made from nearly every State of the Union - even from the new State of Washington on the Pacific slope - and from various parts of Great Britain and continental Europe." What had been the first of its kind in Massachusetts was catching on, and becoming a worldwide phenomenon.1