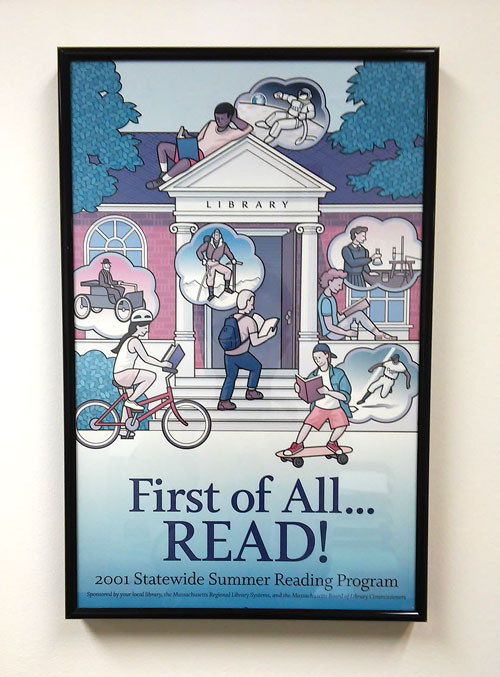 "'The Board developed this first ever statewide public awareness campaign that uses humorous situations to educate Massachusetts residents to the benefits of their libraries and the important role they play in their communities,' said MBLC Chairman Edward Bertorelli.

"The campaign's theme 'Your local library has all the information you need... and some you don't," is designed to reintroduce citizens to their local libraries, educating them that "libraries are not only educational assets, but are also resources for research and information." The initial phase of the public of the service campaign includes three 30-second television [ads], one 3-second and two 60-second radio spots, and a web component on the MBLC website."1