Anna Eliot Ticknor of Boston served as a commissioner from 1890 until her death in 1896. Her father George Ticknor helped lay the groundwork for the founding of the Boston Public Library. She was an educator and founded the Society to Encourage Studies at Home, the first correspondence school in the United States. She was an advocate for education and the role libraries could play in educating the public. The Anna Eliot Ticknor Award honors a Massachusetts librarian whose work has increased residents' access to the wealth of resources held at libraries across the Commonwealth.

Tom Blake has worked at the Boston Public Library as digital imaging production manager and digital projects manager since 2005. He is currently responsible for the creation of beautiful, versatile, and sustainable objects for the Boston Public Library's digital initiatives. Since 2011, he has managed an ambitious project to help digitize collections from across Massachusetts in conjunction with Digital Commonwealth, a statewide repository and pilot service hub of the Digital Public Library of America. As head of the Digital Commonwealth project, he has ensured that institutions across the Commonwealth are able to share their historic items digitally in the archive for all to see.

Because of his commitment to universal access for our countless archived treasures, we are proud to present Tom Blake with the 2015 Anna Eliot Ticknor Award. 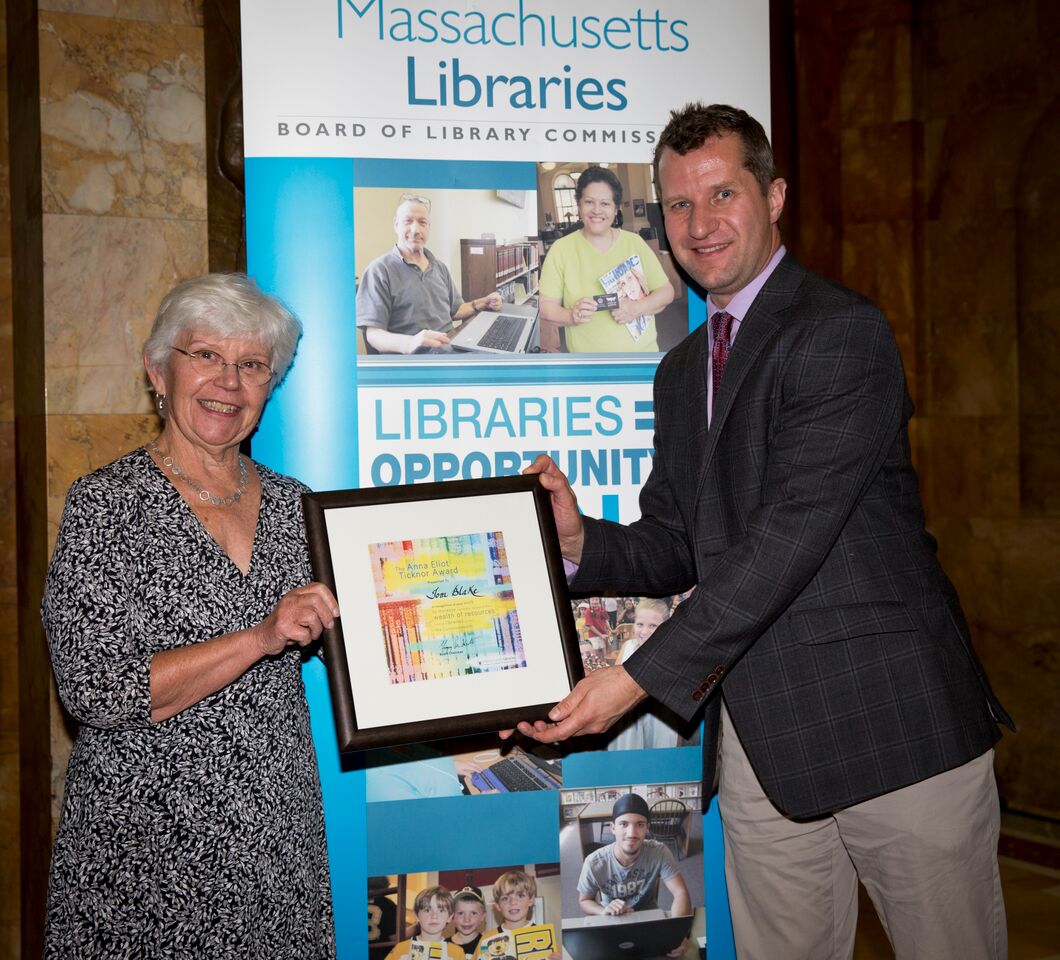