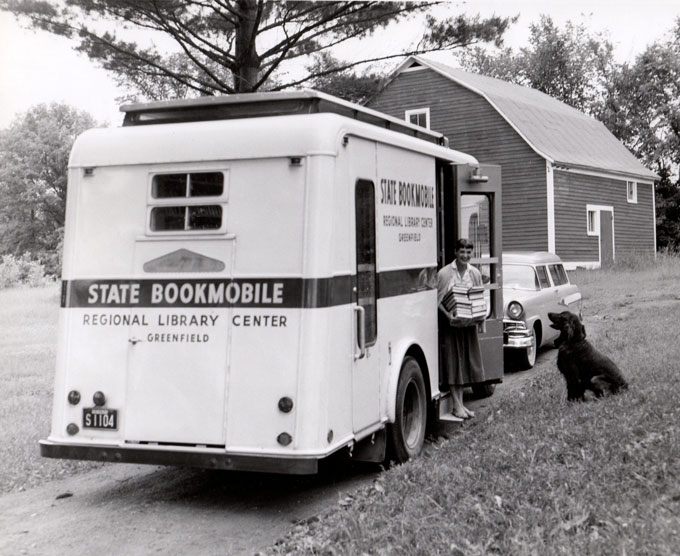 In 1949: "Books circulated [to 90 communities] via bookmobile from [the] Fall River, Greenfield, and Pittsfield Regional Library Centers."1