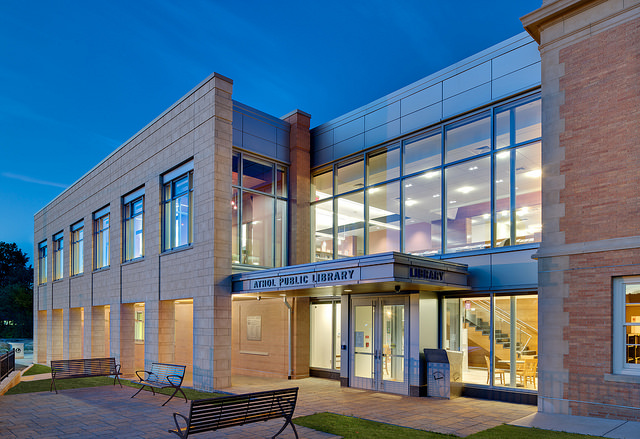 
The Athol Public Library Goes Green
The town of Athol expanded their original 1918 Carnegie library building by 16,000 square feet and brought new life to Athol's downtown area. The project made sustainability and environmental friendliness a priority, and received Platinum Leadership in Energy and Environmental Design (LEED) certification from the U.S. Green Building Council, the highest level attainable. This certification was the first in Massachusetts, and one of the first for a library in the nation.1 (Travel back to 1902 for before-and-after photos.)

State Increases Support for Libraries
Governor Deval Patrick signed the $36.5 billion FY 2015 state budget on July 11, 2014. All seven Massachusetts Board of Library Commissioners (MBLC) budget lines received increases. The State Aid to Public Libraries (9501) budget line was increased by over $2 million and Technology and Resource Sharing (9506) was increased by $800,000.2