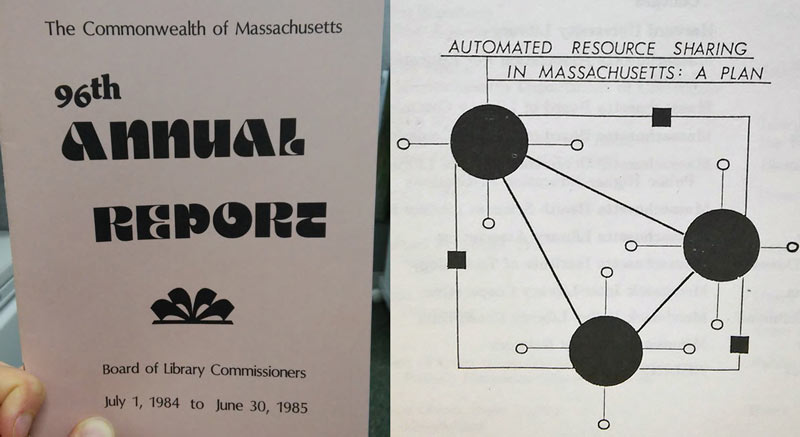 
TODAY: Technology and resource sharing are funding priorities for the MBLC.
In 1985: According to the year's annual report, FY 1985 was "the first full year of implementing the state's Automated Resource Sharing Plan... Development of automated resource-sharing clusters of libraries was a major activity."

During FY 1985, the Statewide Advisory Council on Libraries (SACL) also recommended funding to enable C/W MARS to "add new members to its existing 28-member network," as well as "funds for the University of Lowell to add another academic and nearly 40 hospital libraries to its emerging health sciences collaborative."

Additionally, the Network Advisory Committee (NAC) first held meetings in FY 1985. The NAC advised the Agency on how to continue "establishing, expanding, and operating local, regional, and interstate cooperative networks of libraries" as a part of the state's plan for "meeting user and library needs through cooperative resource-sharing."1