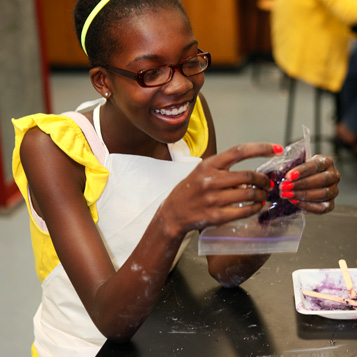 At the Boston Museum of Science1


Science Museum Hosts Training for Librarians
"Hands-On, Minds-On" was the watchword for librarians who gathered at the Boston Museum of Science to receive training for the MBLC's Science Reference Kit Mini-Grant Program. The mini-grant program was developed as a follow-up to the MBLC's successful year-long Science Reference Institute. It provided LSCA funds to 10 public libraries to update their science collection and conduct hands-on science programming.2