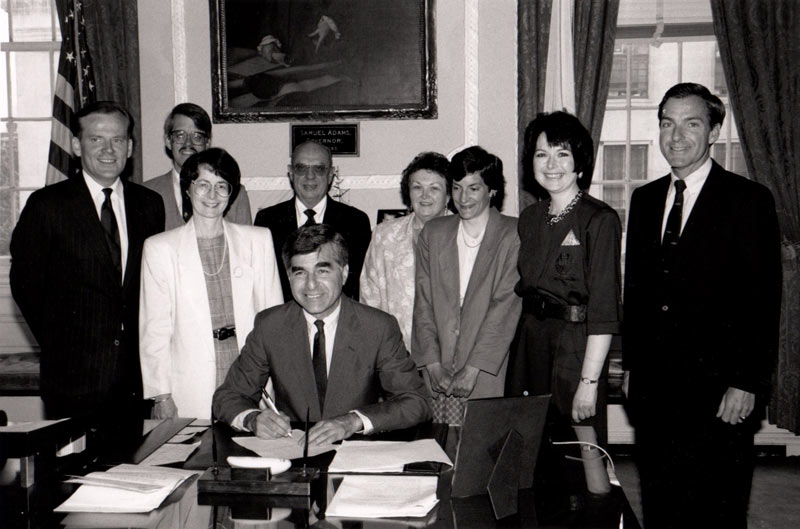 
TODAY: New buildings and renovations are transforming library services in Massachusetts to meet the evolving needs of 21st century patrons.
In 1987: The Massachusetts Public Library Construction Program (MPLCP) was first funded by a state bond authorization.1

Filed by Senate President William Bulger, An Act to Improve Public Libraries (S.1746), also known as the Library Improvement Act, was passed unanimously by the state Senate in May 1986. Among its provisions was a $35 million program to assist public library construction and renovation.

"Over 347 of the state's library buildings were constructed prior to 1965," the year's annual report states. "Considering the growth and changes in Massachusetts's population since that time, [the] explosion of interest [in renovation and construction projects] is only reasonable. The need for improved library facilities was recognized...last year with the introduction of the Library Improvement Bill."

The BLC staff were immediately involved with the planning process for an "increasing number of municipalities who are just beginning to plan for improved library facilities," assisting them by "providing additional documentation, background materials, and support."2

Since 1987, the MPLCP has helped build 51 new library buildings and 126 addition, renovation, and conversion projects.1