The Thomas Crane Public Library's record collection numbered over 6,000 by 1957, including about 200 wax cylinder records. These and other pre-electric discs were kept in a non-circulating historical collection, which patrons could listen to in the library. Pictured below are John Agnew and music librarian Jane Rubin cranking an early Edison machine.1 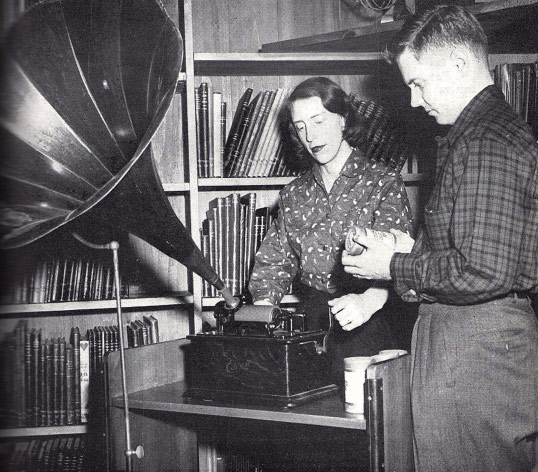