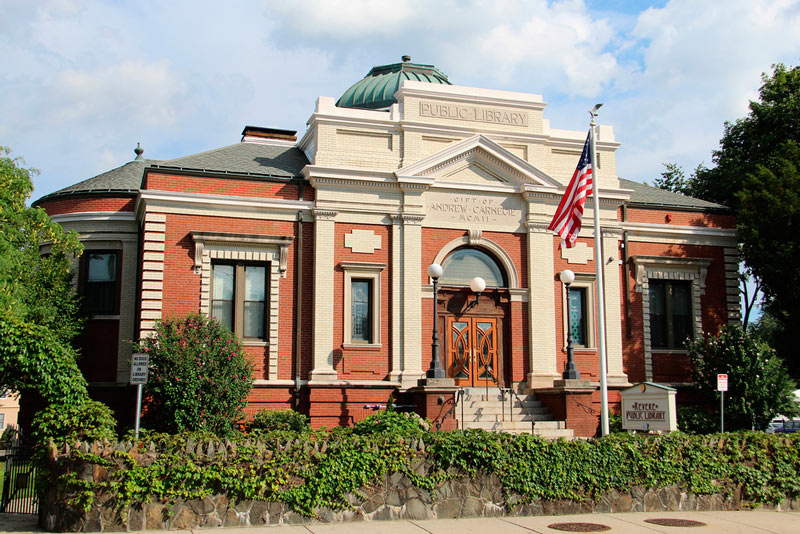 
Library construction:
The city of Revere was one of four communities in Massachusetts - along with Clinton, Melrose, and Walpole - that received grants from Andrew Carnegie in 1901 to build new libraries. The grant amounts for those four libraries totaled $85,000.2

TODAY: In June 2014, the MBLC awarded nearly $1 million in planning and design grants to communities interested in improving their library facilities. The MBLC has spent $20 million dollars in 2015 on library construction projects already underway, and awarded an additional $44.6 million in construction grants in August 2014.3

Library surveys: In 1901, the Commission sent a "circular letter of inquiry" to librarians and trustees in the state to assess their thoughts about how a "good librarian" could best serve a community. Responses included:

"A good librarian of today is quite distinct from what would have been called a good librarian of a quarter century or more ago. Such a person must know books…as well as have knowledge of the best methods of caring for the best interests of all connected with the library."


"The librarian should become informed concerning conditions throughout the town, and should study to make the library’s influence reach all parts of it. Especial attention should be given to the needs of children, and there should be no age limit."


"Allow readers as much freedom as possible in the use of the library."4