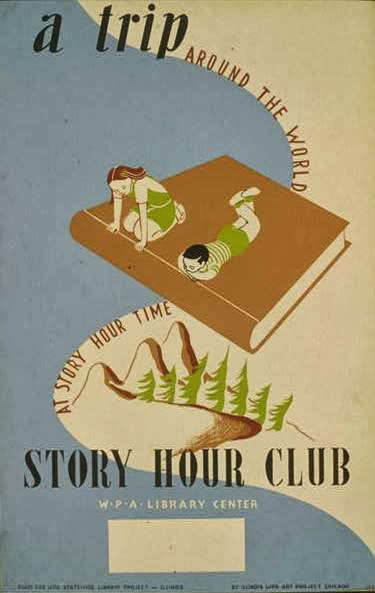 
In 1937, the 20th annual Institute for Librarians in Small Libraries was held in North Adams. 54 people attended, representing 41 public and school libraries. Six lectures were given, including one on budgeting, and round table discussions were held. The day also featured sessions on publicity, picture collections, and periodicals.2

In 2014, the MBLC and MLS partnered to offer their first joint Small Library Forum. Approximately 120 stakeholders - directors, trustees, and staff members - from libraries with service populations under 7,000 attended. Keynote speaker Jessamyn West, author of Without a Net, talked about the digital divide and gave a presentation on library advocacy. The event also featured a panel discussion on joint library collaboration, a presentation on technology, and a poster session highlighting small library initiatives. A second Small Library Forum is planned for 2015.

Map of Amelia Earhart's last flight in 1937 when her plane disappeared over the Pacific Ocean. What happened has remained a mystery rich with speculation almost eighty years later.3