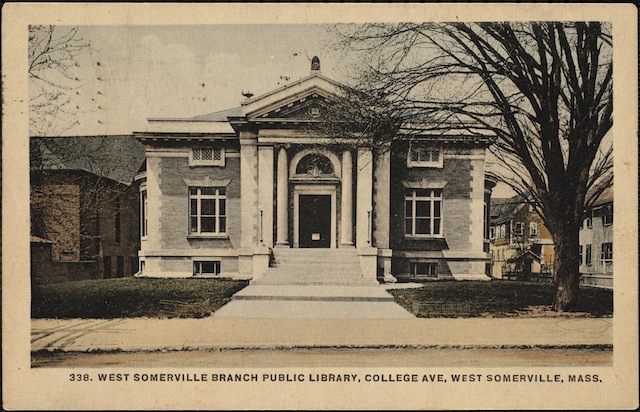 Somerville Public Library, West Branch - a Carnegie library that opened its doors on May 27, 1909.1


A growing need for staff:
The Commission was busier than ever in 1909, what with the ever-expanding number of free public libraries and their collections blossoming throughout the Commonwealth. Requests for assistance and advice were flooding the five commissioners' mailboxes, and in hopes of keeping up with the influx of correspondence, the year's annual report expressed an interest in acquiring a paid staff for the first time:

"The clerical and other work of the commission has been for many years performed almost entirely without expense to the State. Under new conditions, however, and in view of the steadily increasing demands, the commission feels the necessity... of paid assistance in some form."2 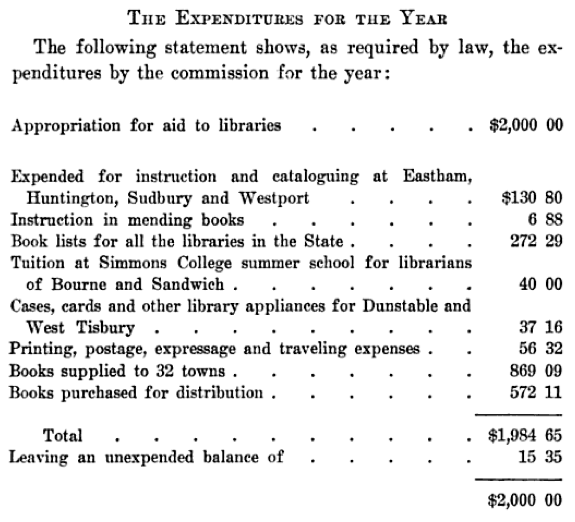