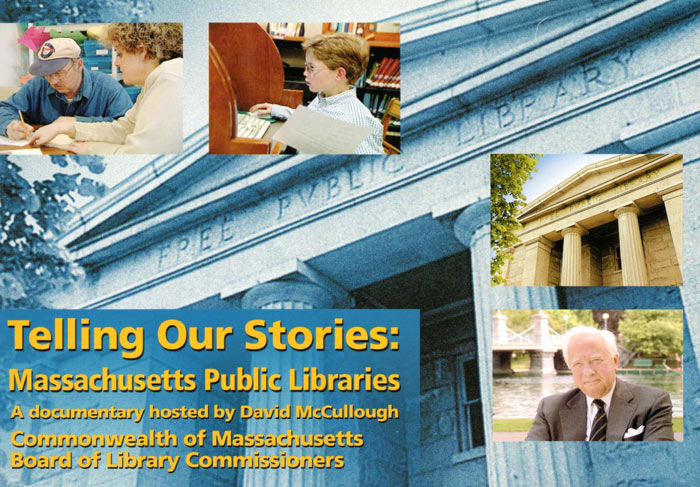 Telling Our Stories, a documentary commissioned by the MBLC and produced by filmmaker Maribeth Edmonds, demonstrated how meaningful public libraries are to the people they serve. Author and Historian David McCullogh hosted and narrated the production. It premiered at Boston Public Library on October 22, 1999 and at Springfield City Library a few weeks later on November 18.2

TODAY: The MBLC has its own YouTube channel with videos that illustrate how busy and valuable libraries are, and the vital importance of the Massachusetts Public Library Construction Program.