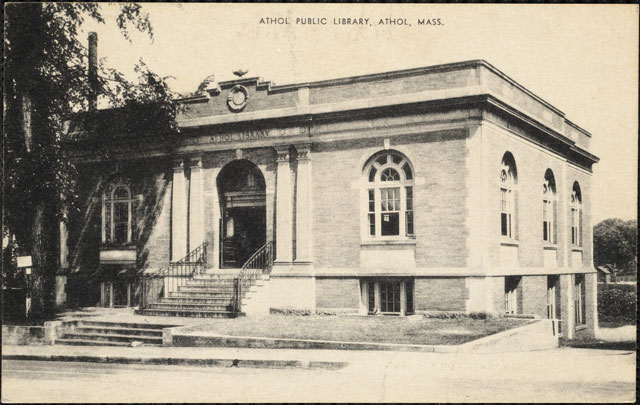 
Library construction:
In 1902, the town of Athol formally accepted Andrew Carnegie’s offer of $15,000 for the construction of a library building under the guarantee of ongoing town support.2

The Town of Athol received a grant award from the Board of Library Commissioners totaling $4,752,147 in July 2011 to renovate and expand its Carnegie library building with an estimated total cost of $8,601,300. The project broke ground in October 2012 and celebrated the rededication of the library at its reopening in January 2014. 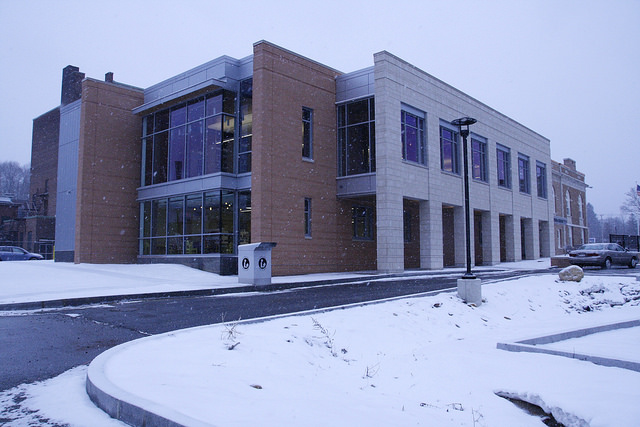 Library and school cooperation:
The 1902 annual report acknowledged the solidifying "natural bond between the public library and the public schools."

"The interest and effort in all the broader aspects of library work has never been so widespread and effective as at the present time. The libraries and schools are gaining help, each from the other, and all for the general intellectual advancement of the people."2

Today, with statewide services available through the Massachusetts Library System (MLS), public and school libraries continue to work cooperatively and collaboratively. They benefit from advisory and delivery services, materials and supply cooperatives, participate in continuing education classes, and utilize statewide resources such as research database collections.