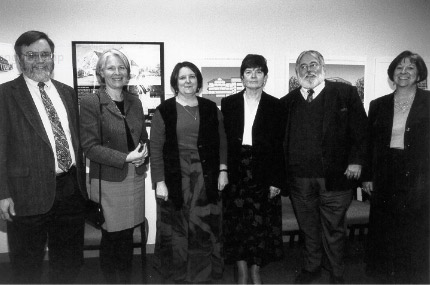 
The MBLC worked with the state legislature to create sweeping change.
The MBLC's strategic plan was the basis for "An Act Implementing the Strategic Plan to Enhance Library Technology and Resource Sharing," filed by State Representative David Cohen and State Senator Richard Moore. 73 co-sponsors from the House and Senate signed on to this legislation, which amended several sections of Chapter 78 of the Massachusetts General Laws.

The bill provided the legal framework for a series of wide-ranging changes and innovations in library services statewide:

TODAY: In 2009, the ongoing budget crisis and the ensuing severe reductions in state funding to libraries caused the consolidation of the six-region system. As of July 1, 2010, there is currently one regional library system, the Massachusetts Library System, serving all types of libraries across the entire Commonwealth.

In 1997: Statewide access to electronic databases arrived for the first time.
According to MBLC Notes, "Any Massachusetts library with an Internet connection is eligible to participate in the six-month demonstration project. Participating libraries have access to Expanded Academic ASAP, Health Reference Center, and General Business File ASAP."2
T

TODAY: All Massachusetts residents and students have access to over 58 electronic collections, encyclopedias, newspapers, and reference books from wherever they have Internet access.