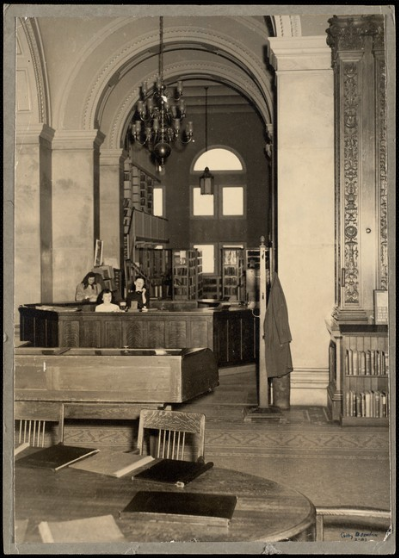 
In 1947: The Division received a "splendid and much appreciated" gift: a copy of the film Not By Books Alone. Produced by the Rochester Public Library in 1945, "in documentary fashion this film depicts the organization and the services of one of the country's fine, modern libraries." The Division used the film itself and also loaned it to other libraries and organizations.2

TODAY: Sadly, the only holding for this film today in WorldCat is at Western Cape Provincial Library Services in Cape Town, South Africa.2 (But we haven't given up on the possibility that there may be a copy hidden somewhere in our office.)