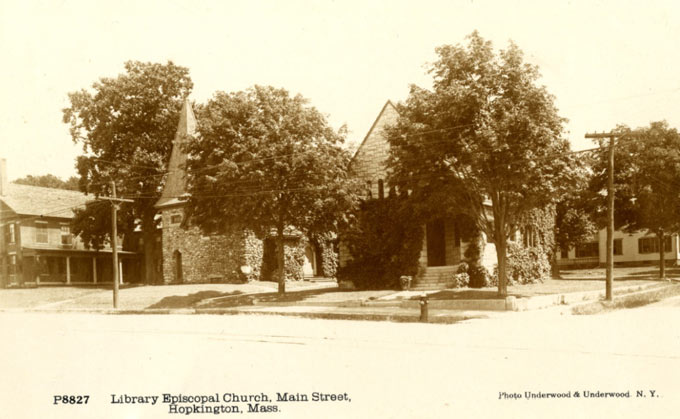 Image of the south side of Hopkinton Public Library circa 1927 with Saint Paul's Episcopal church to the left and bank building far left.1


From 1890 to 1927, public libraries blossomed throughout the Commonwealth as the Commission proudly points out in the 1927 annual report. By that year, not a single town in Massachusetts had no public library to speak of: