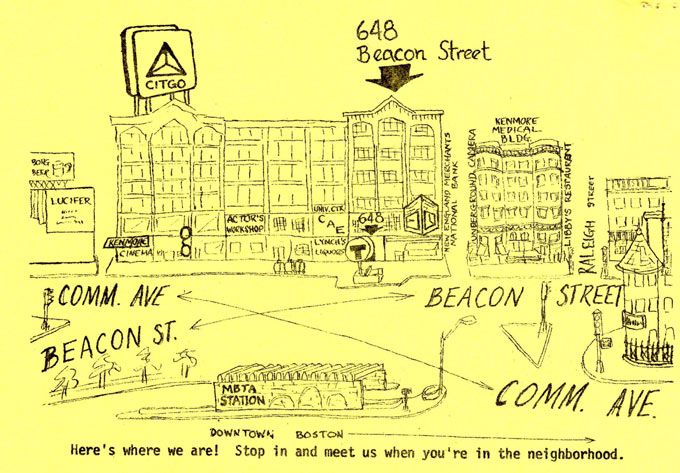 A hand-drawn area map of the MBLC offices, formerly located at 648 Beacon Street.1


The Board of Library Commissioners held their monthly meeting in Fitchburg on June 17, 1975. According to Chairman Bennet Wilson, other board meetings would begin to be held around the state to permit the commissioners to meet informally with members of various library groups outside of Boston, as well as the Commonwealth's widespread consumers of library services.1

In 1975, there were 83 public library friends groups across the Commonwealth.1