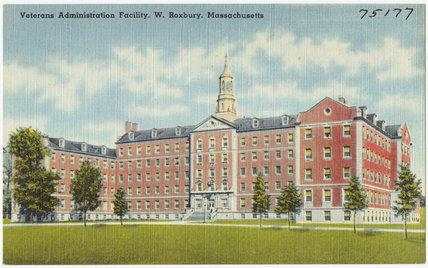 The Veterans Administration Hospital in West Roxbury opened in 1944.1


The Division of Public Libraries had not been able to publish any annual reports since 1940. With the help of the Massachusetts Library Aid Association (a Friends of Libraries group), the Division was finally able to print a summary of its activities for the year 1944.

The summary noted 165 site visits to Massachusetts libraries of all types, bookmobile visits to 85 small towns, 12 "talks" and one radio broadcast, and two exhibits. It also sent out some 22,000 books from its lending collection to libraries across the state.

In 1944, the Division of Public Libraries moved its office from the State House to Newbury Street in Boston, where it was now located in the same building as its parent organization, the Department of Education.2

Demobilization and libraries:
As World War II carried on and the country began to prepare for demobilization, the Division of Public Libraries urged Massachusetts libraries to "keep in touch with library movements in the readjustment period," noting that "there has never been a period of time when it was more important for librarians to have access to the literature of their profession."3 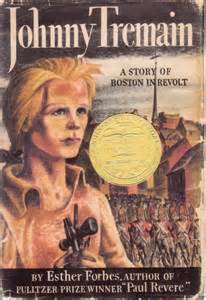