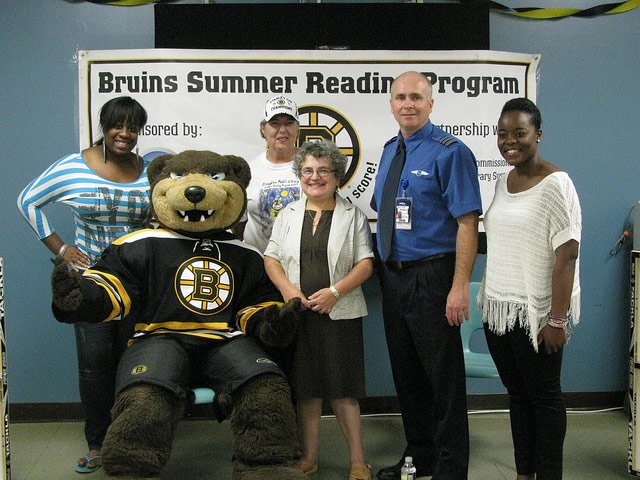 
The following appeared in the Summer 2009 issue of MBLC Notes.

The Boston Bruins and the Massachusetts Board of Library Commissioners (MBLC) have embarked on a partnership to encourage children and teens to keep reading through the summer months.

Last year, over 100,000 Massachusetts residents participated in summer reading programs at their local libraries. The programs, which are free, encourage reading and offer fun special family events. They also help kids maintain skills they've learned over the academic year and grow towards the skills required for the next school year.

"We recognize the benefits of summer reading programs and want to do our part to encourage reading and support the libraries' efforts," Bruins Director of Community Relations Kerry Collins said. Several celebrity reading appearances featuring Bruins coaches, wives, and players are planned for libraries during the summer months.