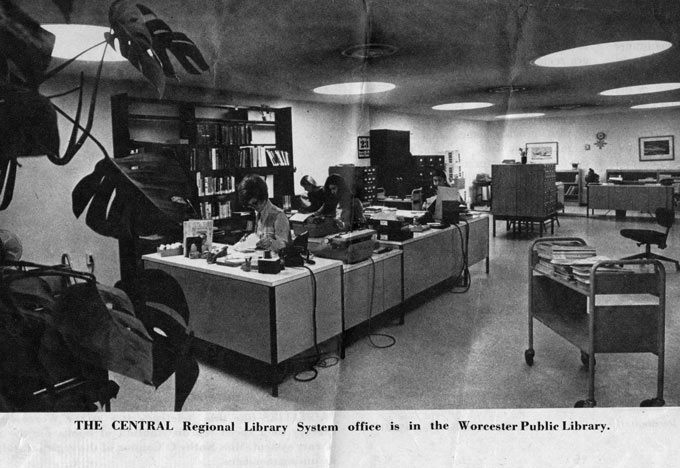 The Central Regional Library System opened for business on April 1, 1963 and for the next 30 years was headquartered at Worcester Public Library.1


In 1964, V. Genevieve Galick, director of the Division of Library Extension, reflected on the emerging regional library systems in her annual report. She noted a "steady and fruitful pattern of development" with the Western and Central regional library systems, but that the Eastern Regional System was still under negotiations for services offered to "this more complex area." By the 2000s, the number of regional systems had grown to six.2

Today, the regional system has been replaced by the unified Massachusetts Library System (MLS), which provides library and information services to libraries stretching from the coastline to the Berkshire County border. As with the previous multi-regional system, state funds administered by the MBLC support the existence and operations of MLS.