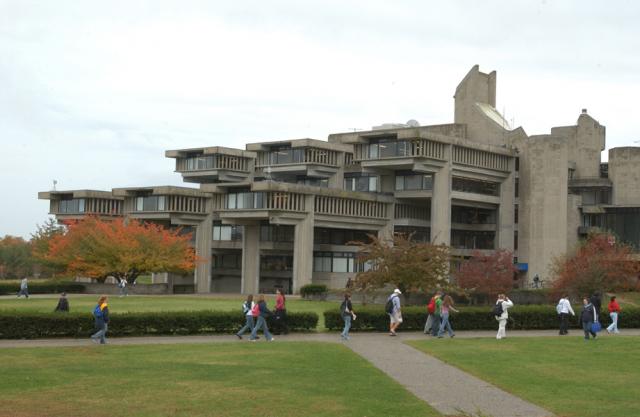 On November 26, Southeastern Massachusetts Technological Insititute (now University of Massachusetts at Dartmouth) broke ground for the Library Communications Center. Designed by Paul Rudolph, it exemplifies the Brutalist style of architecture. The building opened on March 13, 1972.1 The building was renovated in 2006 and rededicated as the Claire T. Carney Library.2

In 1969: At the October 1969 NELA conference, the closing luncheon featured Arthur C. Clarke, author of many science fiction novels including 2001: A Space Odyssey. Clarke spoke on the topic of "Life in the Year 2001."3