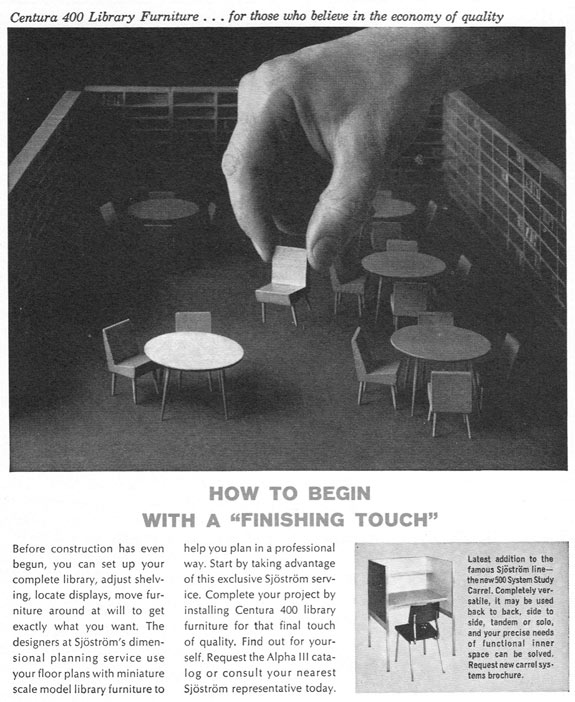 
In 1966: "From hemlines to buildings -- it's the new look that counts. Yes, even library buildings have a new look these days and if you don't believe it join with your fellow librarians in the Bay State on February 10 at the Sheraton Plaza when the Massachusetts Library Association presents for its midwinter meeting a symposium on the New Look in Library Buildings."2

TODAY: The MBLC library building specialists made a presentation on Flexibility in Library Design at the MLA Annual Conference in May 2015.3