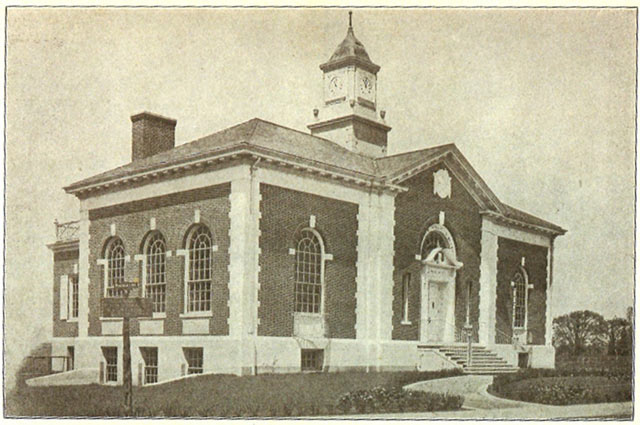 Designed by James H. Ritchie, the new public library in Needham formally opened on May 4, 1916 was situated on the geographical boundary of two parts of the town, but removed from either center of population. Despite dissatisfaction over the location, the circulation was higher than the total circulation of the previous branches.1

TODAY: Youth services librarians play an important role at libraries around the Commonwealth (and the world).
In 1916: At the winter meeting of the Massachusetts Library Club, held January 26, 1916:

"It was voted: That the Massachusetts Library Club request, in accordance with the recommendation of the 'Committee of Five,' that the Free Public Library Commission seriously consider the employment of a librarian with wide experience and thorough knowledge of children's needs and work to supervise and develop library work with children throughout the state."2