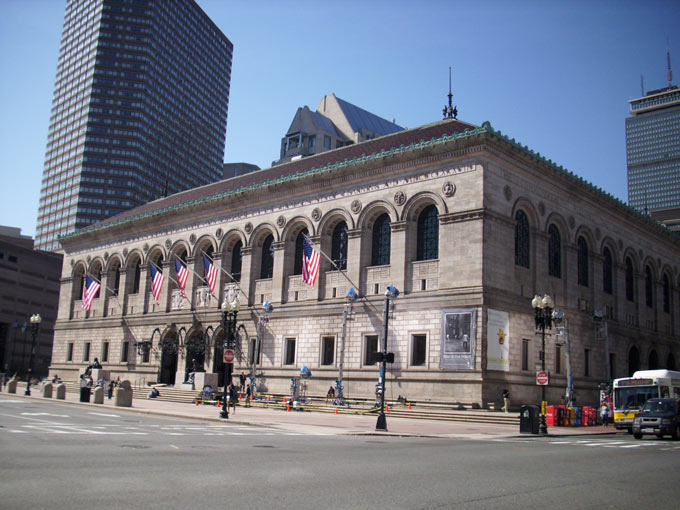 The Boston Public Library is home to the Library for the Commonwealth.
(Image from Amiable Bowfin [blog], Wordpress)

In addition to digitization, the Boston Public Library maintained many of the other programs available under the Library of Last Recourse, including library cards and accessibility to all residents of the Commonwealth, reference and research services, and digital lending.1