The Commonwealth celebrated its 300th year with the "Tercentenary Exposition of Governmental Activities" in Springfield and Boston. 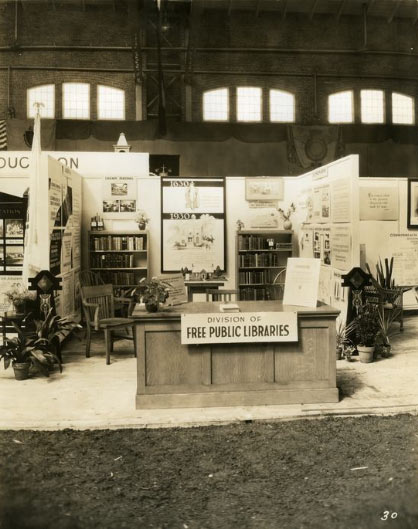 
"The Division of Public Libraries planned its booth to show the various activities of the Division against the historical background of the development of Massachusetts libraries."1

In addition, "Practically every library in the Commonwealth observed the Tercentenary of the Massachusetts Bay Colony in some way. Exhibits of old books, maps, antique furniture, and costumes are reported. Many kept 'open house' for visitors."1