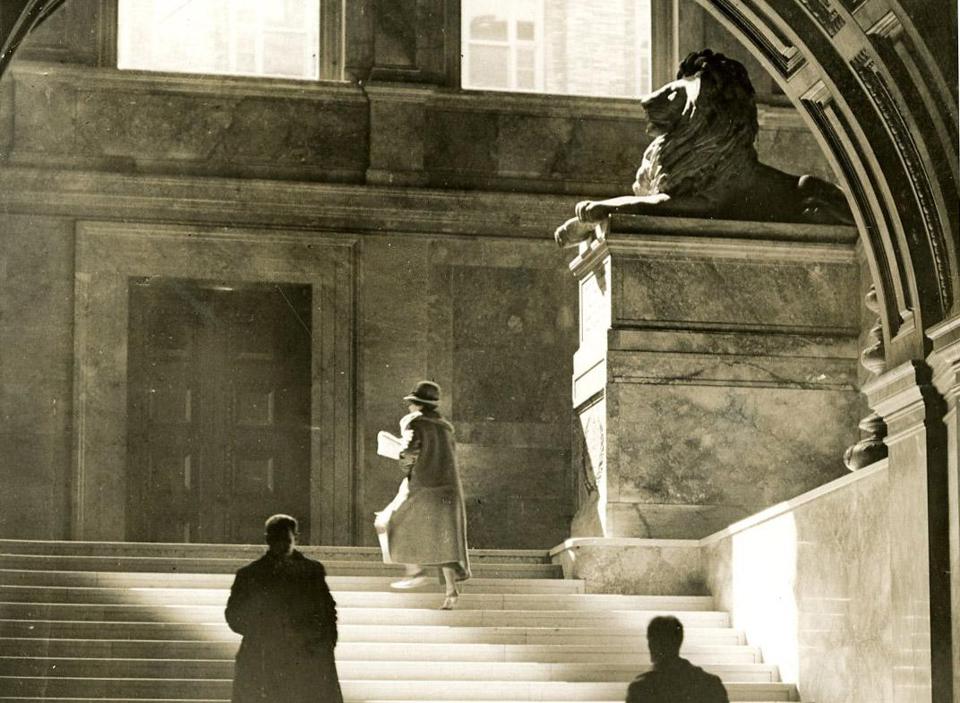 June 13, 1926: The play of light on the marble of the grand staircase lead one up to the twin lions on pedestals at the turn of the stairs. The lions were made from unpolished Siena marble by sculptor Louis Saint-Gaudens. They are memorials to the Second and Twentieth Massachusetts Civil War infantry regiments.1

Elizabeth P. Sohier
"Miss Elizabeth P. Sohier, who had been a member of the Board since its establishment in 1890, died on November 9, 1926. In 1890, she was instrumental in creating the Massachusetts Free Public Library Commission, the first state agency of its kind in the world, set up to counsel libraries and foster their establishment."2

During 1926, Austin Strong, author and grandson of Mrs. Robert Louis Stevenson, spoke at the Old Dartmouth and Cape Cod Library clubs, discussing the library situation of the day and describing some of the changing conditions to be met.

"The community that the library wishes to serve is very different from the one of years ago," Strong said. He brought up that libraries' attitude toward the community had to undergo change, and "realize its obligation to the people whom it serves."3