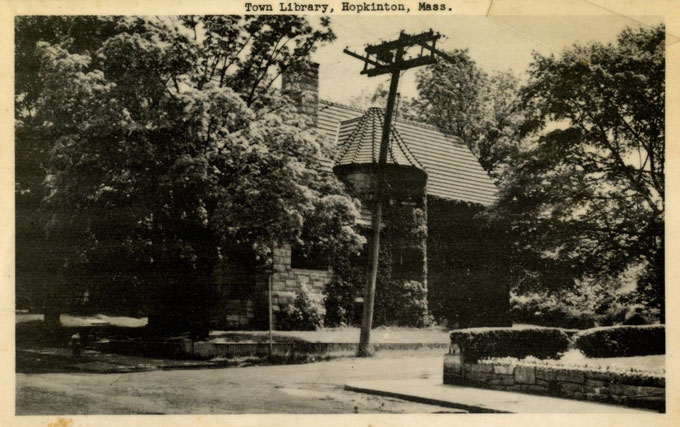 Hopkinton Town Library, circa 1920. A two-story structure of Romanesque style, constructed of Milford granite by H.P. Cummings & Co. The architect was Sandford Phipps.1


TODAY: The Hopkinton Public Library received a $4.5 million Massachusetts Public Library Construction Grant from the MBLC in August 2014 to enlarge and renovate the Phipps building.2

Union meeting of New England library associations: The summer meeting of the Massachusetts Library Club was a union meeting with the other library associations of New England and took place on the Isles of Shoals, New Hampshire, from July 1-3, 1920. The hotel at Star Island was made available "for the exclusive use of librarians and their friends." Rooms were $3.50 per day, or $5.50 for a room with private bath.3