The commissioners prepared a special population map of Massachusetts's cities and towns, listing the number of books available at the free public libraries in each municipality. Based on population data from 1890 and collections information from 1893, the map was displayed at the 1893 World's Fair in Chicago.1 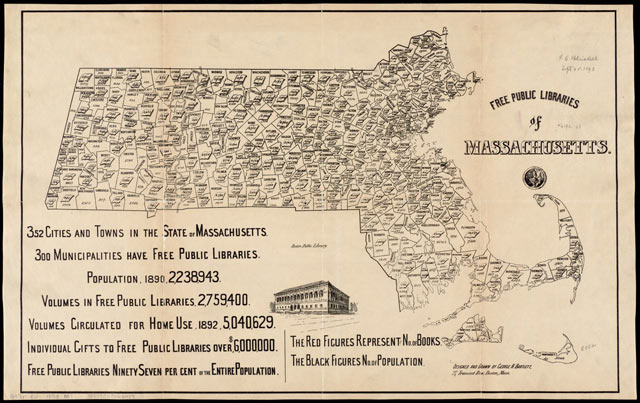 George H. Bartlett, the map's illustrator, was the first principal of the Massachusetts Normal Art School (now MASSART); he taught Edmund C. Tarbell3, an American impressionist painter and member of the Boston School whose paintings hang in museums throughout the Commonwealth and the country.