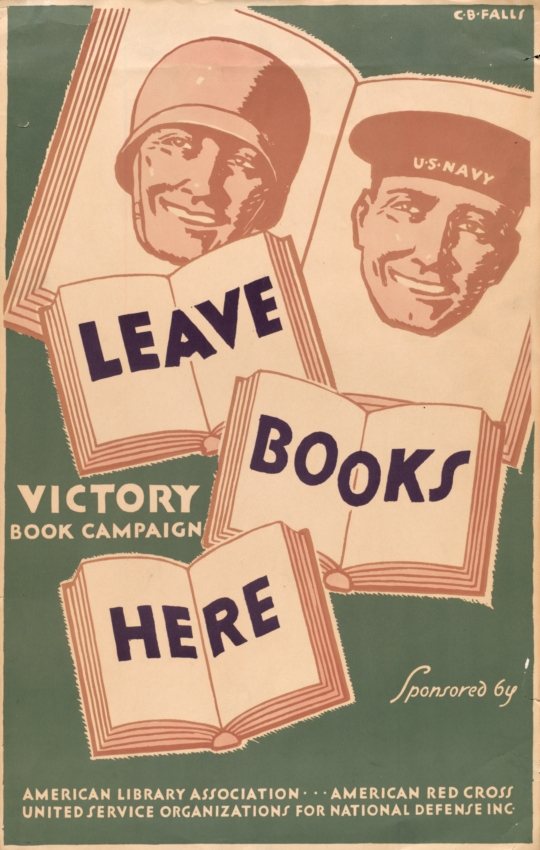 
In 1942, the "Victory Book Campaign" was started by the American Library Association in partnership with the Red Cross and other organizations. It did not take off right away because it came at a time when "various and sundry other campaigns were attracting attention."

The April 1942 Massachusetts Library Association Bulletin reported that from January to April, 6,500,000 books were collected and sent to the national headquarters in Los Angeles. A "conservative" estimate at this time stated that Massachusetts had contributed 500,000 of those books. It notes:

"The Victory Book Campaign exemplifies what may be accomplished when libraries have the full and generous support of the public, for the success of the Victory Book Campaign in Massachusetts is due to the intensive personal effort of librarians, and to their ability to secure the assistance of all kinds of local organizations. It would be difficult to name an organization which has not participated in the campaign."

The ambitious goal of 10 million books was almost met after 4 months of the campaign. Bookmobiles were used to help transport the books to the various depository locations.1