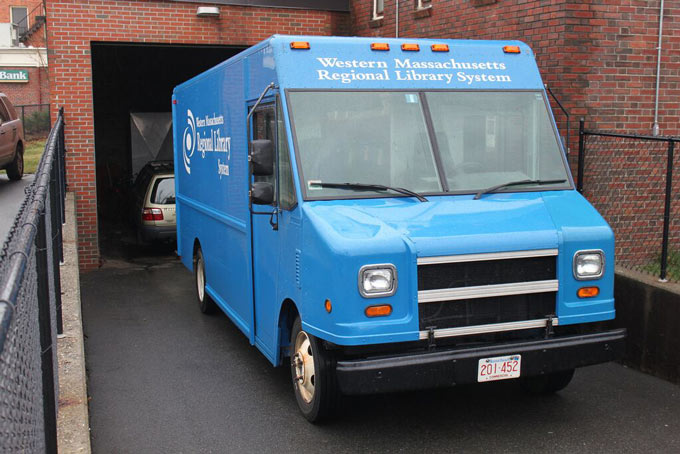 
In 1998: The statewide interlibrary loan (ILL) net lender offset program was initiated.
To encourage statewide lending, this MBLC program helped offset the cost of interlibrary loan (ILL) transactions between members of different regions. A library was a "Statewide ILL Net Lender" when the amount of materials it lent to libraries outside of its own regional system was greater than the amount of materials it borrowed from the other regional library systems.2
TODAY: The program was discontinued in FY 2003 after huge funding reductions to MBLC Account 9506 (Technology and Resource Sharing). Funding levels plummeted from $3,838,471 in FY 2002 to $341,811 in FY 2004.