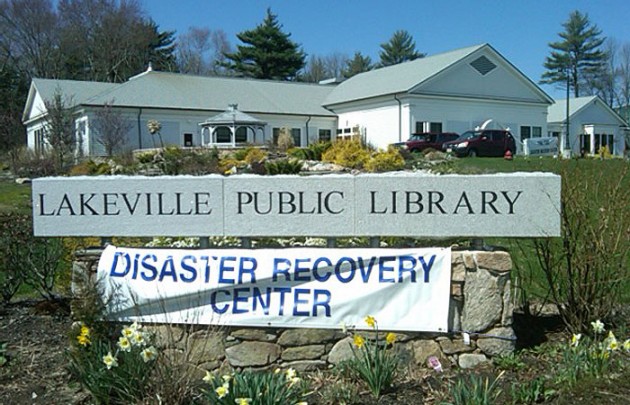 Lakeville Public Library was one of over 200 libraries surveyed as a disaster recovery center in Massachusetts.1


In light of severe flooding throughout Eastern Massachusetts during the spring of 2010, several public libraries opened as Emergency Management Disaster Recovery Centers. This was possible in part because of disaster recovery training provided by the MBLC, MEMA, and FEMA.

Lakeville, Middleton, Billerica, Lancaster, and Quincy all used their public libraries as a location for misplaced residents to gather and receive assistance from the Emergency Management Agencies and the Small Business Administration.1