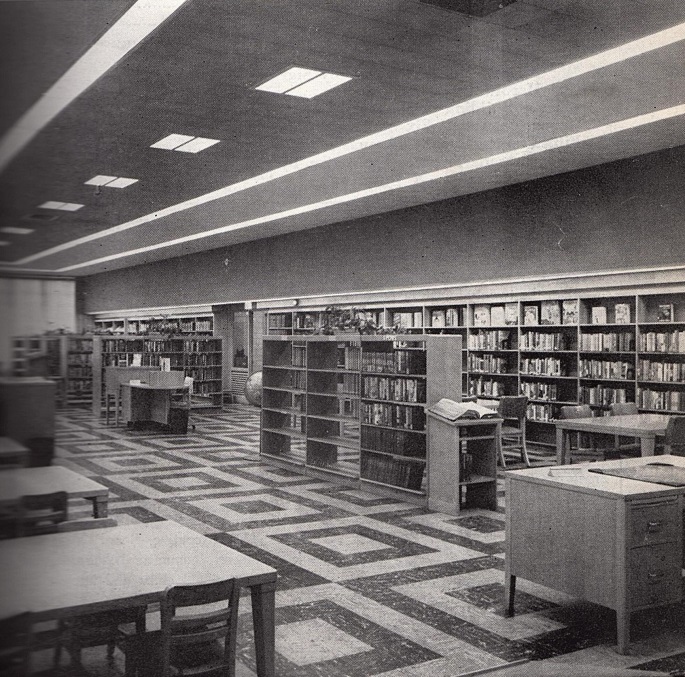 
Librarians have always imagined the future of their profession, striving to both stay ahead of the curve and leverage technological innovations to increase patron access. The following is a view of future libraries from the June 1958 Division of Library Extension newsletter:2 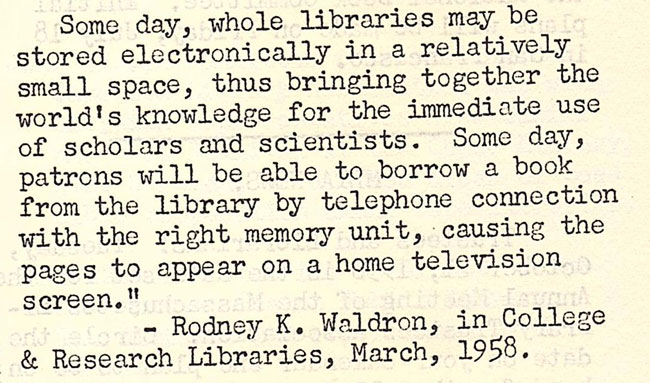