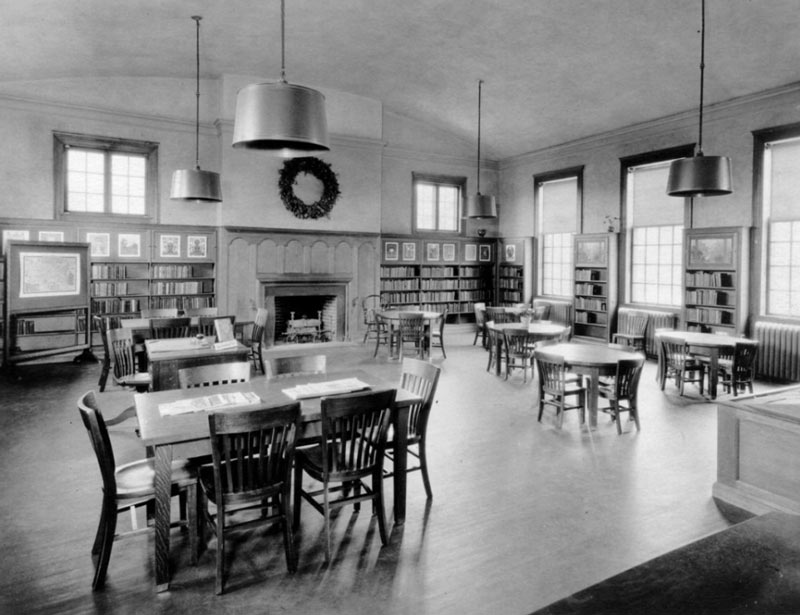 In 1928, this happened for an interesting reason. "Prescott, the first town [to be] obliterated by the new Ware River reservoir," lost its public library2 when the town held its last meeting and was handed over for administration by the Metropolitan District Water Supply Commission (MDWSC).3

Prescott was unincorporated ten years later along with the three nearby towns of Enfield, Greenwich, and Dana. During those years, the buildings in those towns were demolished or bought and moved elsewhere in the state. In 1932, the MDWSC voted to call the reservoir Quabbin, "a Nipmuck Indian word for the place or the meeting of many waters." Today, along with the Wachusett Reservoir, the Quabbin is Boston's primary water supply.3