Henry Stedman Nourse of Lancaster was a Civil War veteran who was part of General Sherman's March to the Sea in 1864. He was a professor of ancient languages at Phillips Exeter Academy and a state legislator for the town of Lancaster. He was an avid historian and a member of many of the Commonwealth's historical societies, and he took this passion to his work with libraries as well. The Henry Stedman Nourse Award honors a Massachusetts public official whose work has helped to create groundbreaking change for Massachusetts public libraries.

Ed Augustus, a Worcester native who has spent more than 20 years in public service, is a former state senator and current city manager of the City of Worcester. In 2007, Mr. Augustus championed the public library incentive program, allowing for $250,000 of public funding to be matched by private donors and given to public libraries across the state. Since becoming city manager of Worcester, he has helped to oversee the One City, One Library program, putting branch libraries in public schools to provide students and teachers with resources during the day and opening them to the community after school hours. This project has been recognized by the Harvard Ash Center as the 2015 "Bright Idea in Government."

Because of his continued work to find innovative ways encourage the growth of libraries and library services, it is our pleasure to present Ed Augustus with the 2015 Henry Steadman Nourse Award. 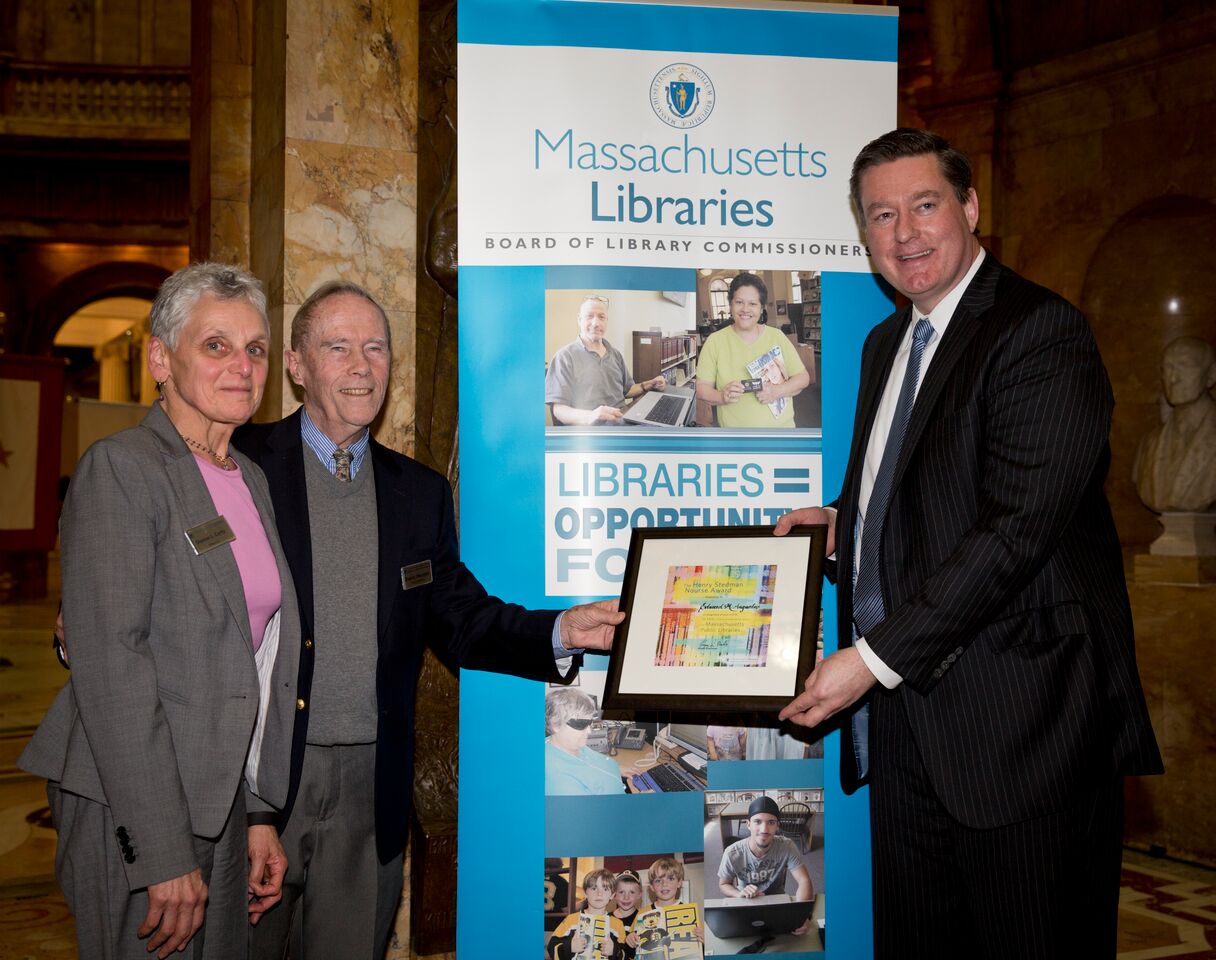