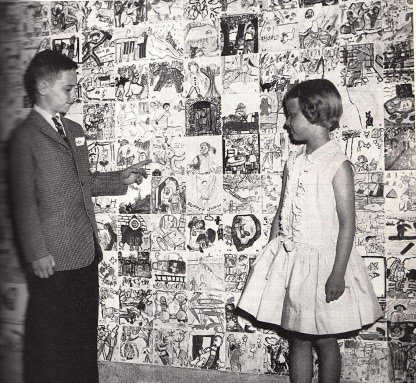 
TODAY: In order to participate in the State Aid to Public Libraries program, libraries must extend privileges to holders of cards issued by other certified public libraries (M.G.L. Chapter 78, section 19B[6]; 605 CMR 4.01 [6]).
In 1959: Dorothy Nyren, librarian at the the Concord Free Public Library, sent surveys to 50 libraries to ascertain how similar size libraries handled non-resident use.

Of those responding, almost 25% didn’t know. Ten indicated no charge was made for an out-of-town library card and 25 indicated various fees, ranging from fifty cents to five dollars. One charged the current per capita cost.2