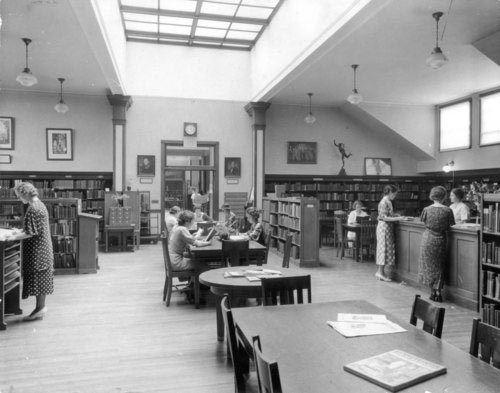 Photograph of the library at Simmons College, circa 1930s.1


Across-the-board state budget cuts had an effect on the Board's operations during 1939. At one point during the budget hearing process, the Senate cut the Board of Free Public Library Commissioners' budget appropriation all together. The budget was eventually restored - although not fully - after senators and representatives heard from libraries in their districts.

Throughout the MBLC's 125 year history, the Agency has had its share of budget ups and downs, and Commissioners and the greater library community have continually advocated for a budget sufficient to meet service goals. Today, the MBLC's state budget funds administrative functions and allocates state dollars for the Massachusetts Library System, the Library of the Commonwealth, Talking Book Library and Machine Lending, and the Center for the Book.

Its budget is augmented by federal funds to offer incentive grants, as well as additional state money to provide programs for technology and resource sharing and annual aid to improve public library services and facilities. In FY 2015, the MBLC's budget appropriation was $25.3 million.3