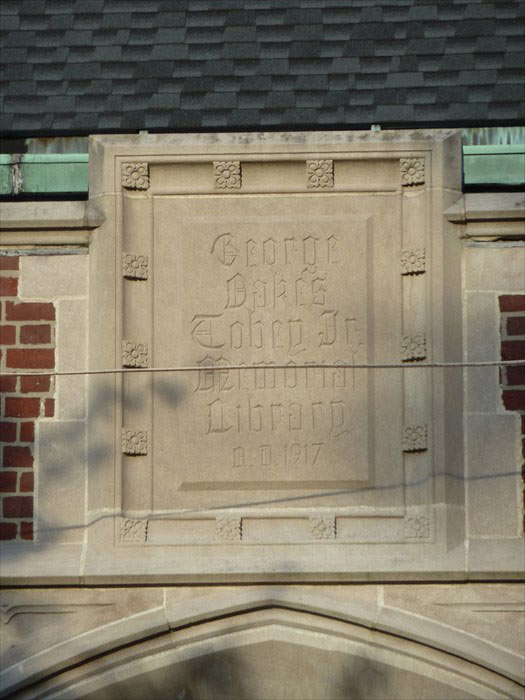 Upon the death of George Oakes Tobey, Jr., a Wareham Selectman for several years, his mother, Blanche Waterman Tobey, offered to construct a library building in memory of her son. The completed George Oakes Tobey Memorial Library building was dedicated in 1917 and presented to the Wareham Free Library Corporation, belonging to the Corporation as long as it continued to be used as a public library.

It was later renovated in 1974 and rebuilt after the Wareham Free Library applied to and received a grant from the Massachusetts Public Library Construction Program in 1988 as Wareham’s first town-owned public library building.1

TODAY: Libraries continue to respond to world events.
In 1917: The Commission was authorized by the Legislature to spend up to $1,000 of its annual appropriation to supply books for men in the armed services. Traveling libraries packed in wooden cases were sent to army chaplains and other officers, distributed by the Young Men’s Christian Association (YMCA) with their auto-truck.

According to the year's annual report, "Mr. William H. Orr, former deputy commissioner of education in this Commonwealth, representing the National War Work Council of the Y. M. C. A., paid a glowing tribute to the pioneer war library work of the Massachusetts Commission."2

Issues of The American Library Annual from 1917 and 1918, digitized by the Google Books project and available online, detail the contributions libraries and related organizations made to the U.S. War Department during World War I.