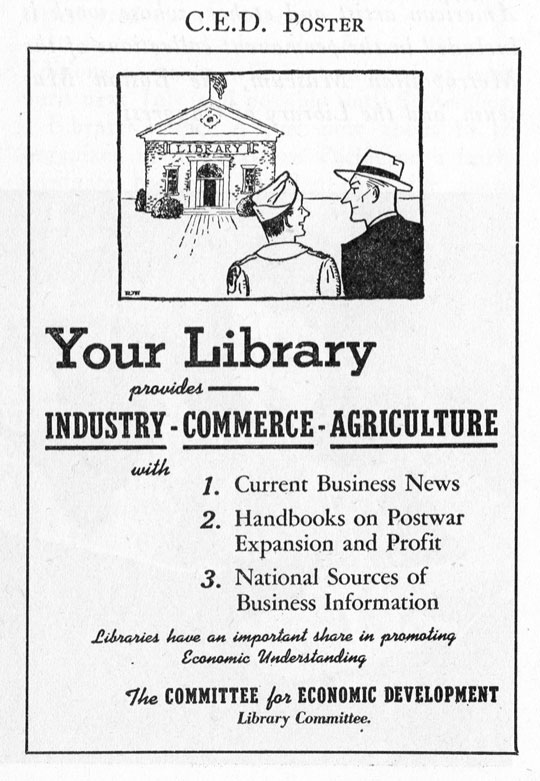 Poster from the ALA's Committee for Economic Development. Almost everyone was focused on the massive influx of service personnel returning home and the post-WWII economy.1


In 1945: Wartime restrictions lifted! Restrictions on library books dealing with explosives, secret inks, and ciphers were imposed by order of the United States Secretary of War in 1942. "Since hostilities have ceased, it is agreed that the necessity for limiting the circulation and use of these types of books no longer exists and that the libraries which participated in this program should be notified to this effect."1