Census 2020 in Massachusetts: Hard to Count and Hard to Survey Communities

There are many communities in Massachusetts that are designated as hard-to-count. The Hard-to-count designation is determined by a low response rate to the 2010 Census and other surveys. 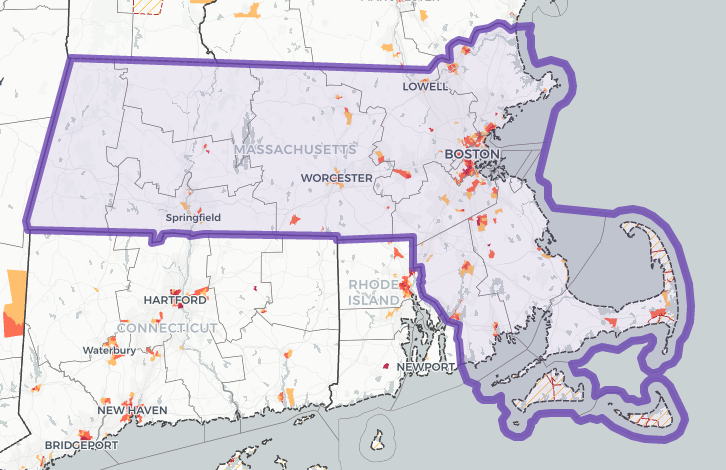 According to Census Hard to Count Maps 2020,  78.9% of the state's households mailed back their questionnaire, requiring more costly and difficult in-person follow up from the Census Bureau to count the remaining 21.1% .

An estimated 23% of Massachusetts's current population (or 1,590,870 people) lives in hard-to-count neighborhoods. According to the latest American Community Survey estimates in 2017, 14.3% of Massachusetts's households had either no internet subscription or dial-up only.

Those at risk of being undercounted include:

Communities Identified as Hard to Count

From the Mass Nonprofit Network, a list of hard to count cities and towns: